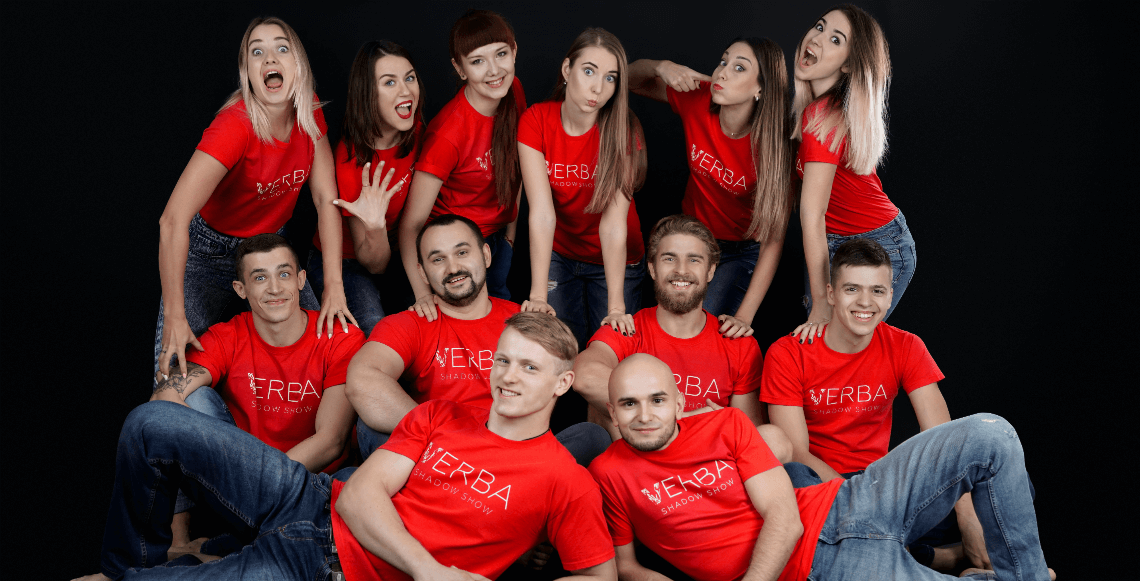 Shadow theatre Verba – We speak the same language with all world

At present, the shadow group VERBA is aiming to build bridges over language, age and cultural barriers between a wide global audience with the help of shadow theatre art form.

THE MAIN GOAL of the shadow theatre VERBA is to surprise, impress and inspire! To make new images of famous stories and to create, embody our original ideas!

OUR INSTRUMENTS are ideas, professionalism, our Shadow and your Imagination. Let the world become more beautiful with our help. 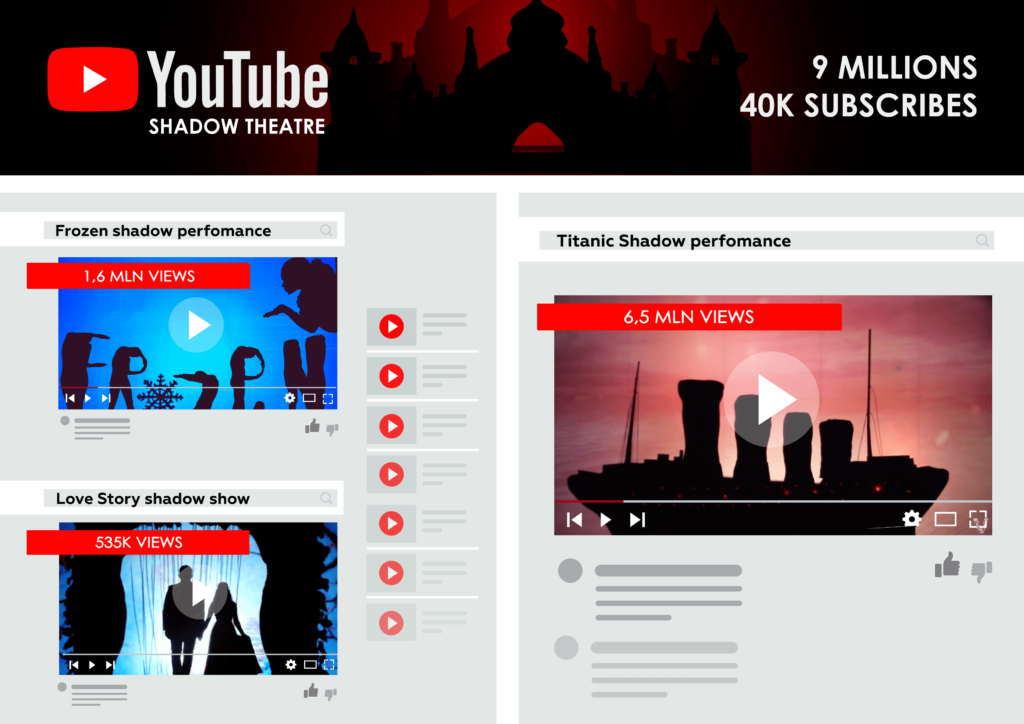 VERBA SHADOW – is the only theatre in the world which creates performances by combining shadow and light effects, acting and professional acrobatic layouts based on motives of famous films, TV series and cartoons.

Over the years of performances, shadow theatre VERBA gained recognition and love from children and adults to its art that consequently led to creation of unique shadow project #familyshow: “Shadow Hollywood”, “Kingdom of Shadows” and “Shadow Space” – three complete concert programs. While watching these programs , adults are fascinated by the magic of shadow and children try guess their favourite cartoons. We advocate for family values so our #familyshows are urging to unite interests of different generations.

In 2018 an idea of a 3D show finally came to life. The first in the world 3D shadow theatre that mesmerizes you and captures your attention! Now our shadow became even more real and our spectator can be fully involved into the events of the show with the help of new technology!

We are proud that over the course of 8 years, shadow theatre VERBA represented and popularized Ukraine in 37 countries all over the world. 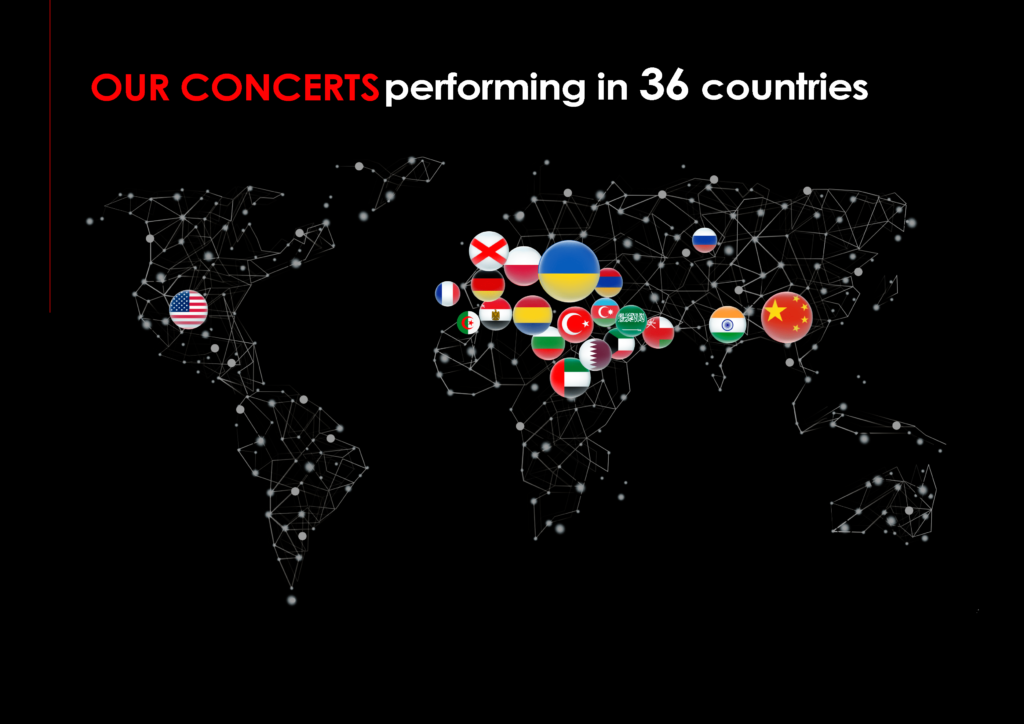 The artistic way of VERBA team started in 2010. The idea itself of creating theatre performances by shadow and light made us wonder and open broad horizons. This is how the first shadow theatre on the territory of Ukraine and CIS was created. Original, creative experiment of light\shadow play and acrobatics turned out to be more than successful. 3 months after its creation the shadow theatre went on stage of talent show “Ukraine’s got talent” . Ukrainian audience made a warm welcome to new theatre genre. In the following 5 years the team was able to make a name for itself not only in Ukraine but far beyond its borders by way of constant creative search and professional growth. Thanks to the artists, the shadow theatre became known to the audience of such shows as “Mam Talent” (Poland), “Das Supertalent” (Germany), “The Minute of Fame” (Russia), “France Digital Talent” (France). The team won overin  other countries too; we toured with performances in China, Qatar, Azerbaijan, Oman, Turkey, Bulgaria, Armenia.

Taking part in a talent show “Romanii au Talent” in 2015 gave a push to the development of a new ethno-direction in the shadow theatre. The performance at the half-finale of the show with the staging “Made In Ukraine” created the first precedent in the world to popularize the home country with the help of the shadow within the world art space. Romania supported the shadow theatre VERBA with great interest which let the team to become finalists later and surprise the audience with unexpected visual form of a well-known story of love from the “Titanic” movie. 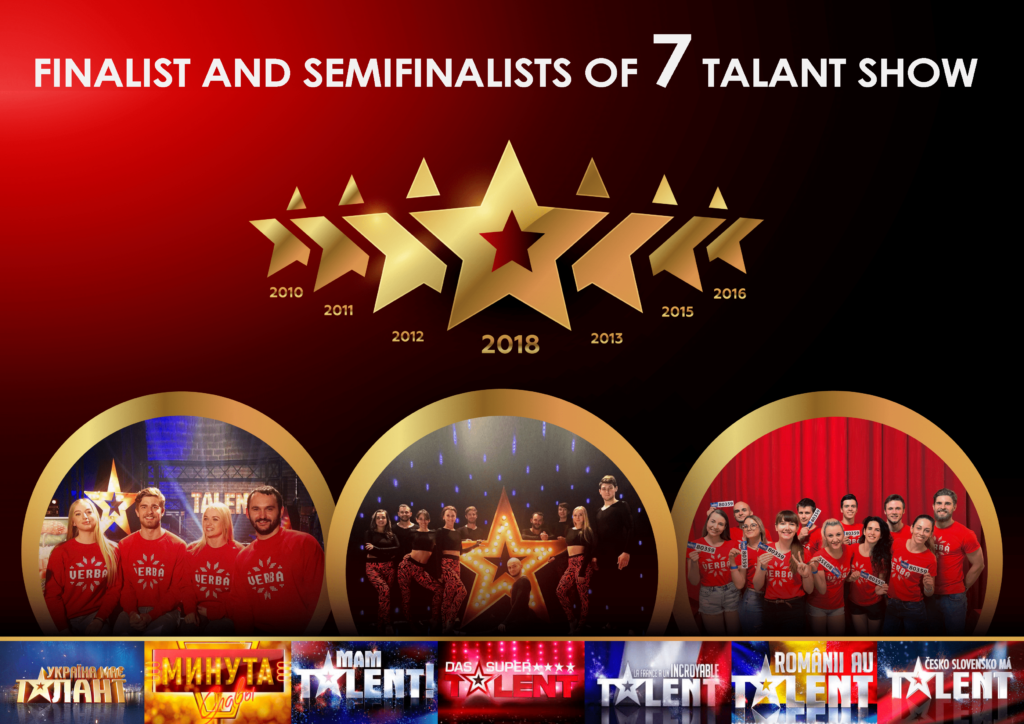 Asocialvideo workofthetheatre“Save the Earth” about importance of careful treatment of the planet became a laureate of many film festivals in 16 countries.

Besides, in 2017 the first children shadow theatre was created VERBA KIDS to take part in talent show ‘Ukraine’s got talent Kids”

In 2018 thanks to the experience and wish to open the creative potential and keep up with the times led to creation of the stage performance “The legends of ice and fire” (the plot of the most popular TV show of 2018 – The Game of Thrones’) and the creation of the new genre  – shadow theatre on 3D. The director of a new stage performance for the shadow theatre VERBA became a famous stage producer Vladimir Marin. The spectators could see his work in TV talent shows such as “America`s Got Talent”, “Ukraine’s got talent”, “Х – Factor”.

In the last two years we added to our touring list such countries as the USA, India, Ireland, the United Arab Emirates, Monaco, Lebanon, Moldova, Saudi Arabia, Germany, Israel and others.

Travelling around the globe, the shadow theatre VERBA introduces audience to its art and Ukraine – the homeland of many talented and unique personalities. We dream to join the list of such names as Shevchenko, Klichko, Bubka, Jamala and evoke positive and bright associations about our country.

The shadow theatre VERBA is in constant creative discovery and development, is aimed at improving the quality of its shows, using modern video and audio technology, making happy and inspire with our art people all over world! 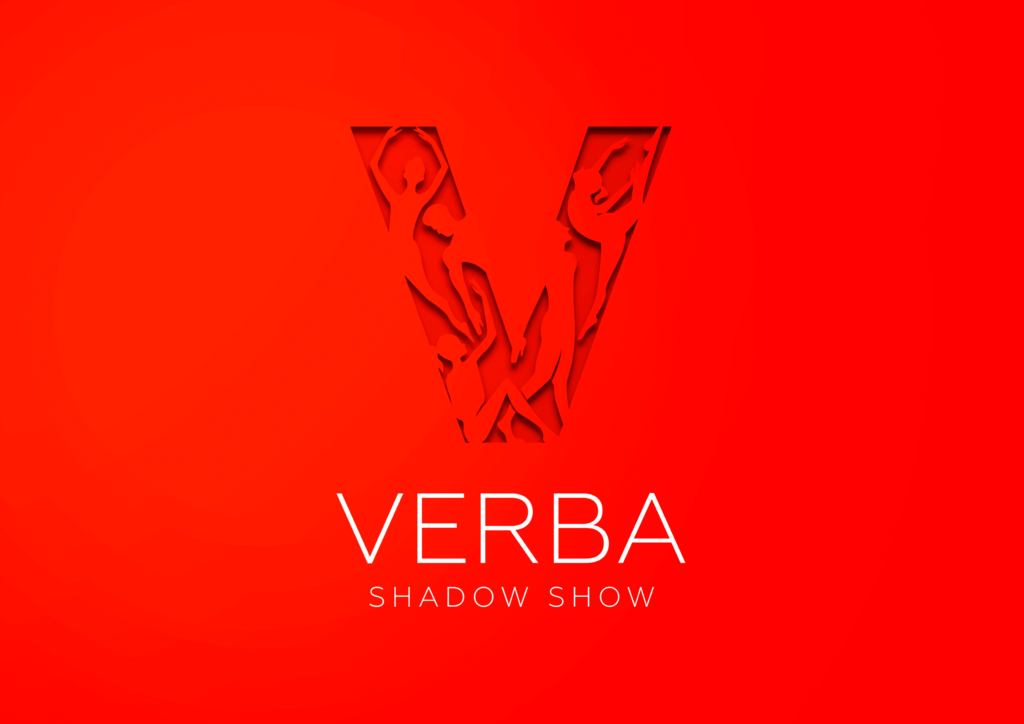